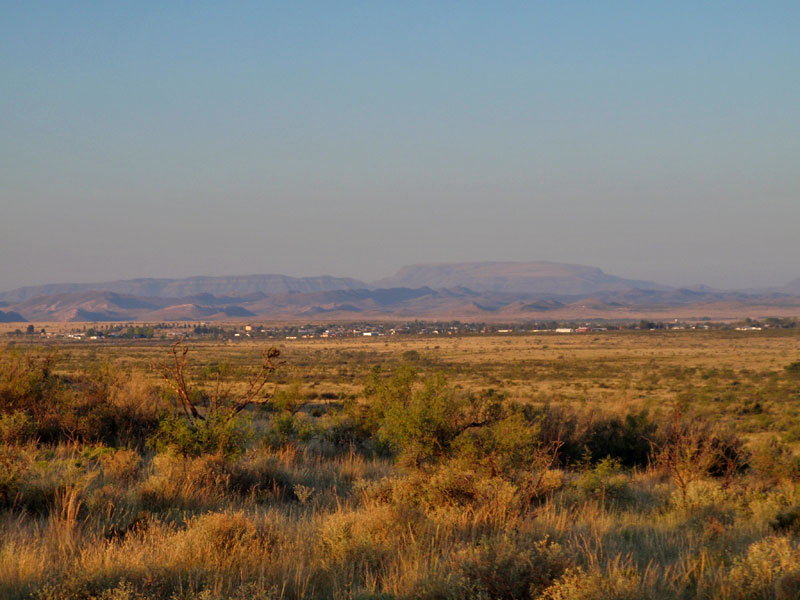 The Marathon 2 Marathon or affectionately called M2M is the biggest event Marathon hosts. With a population of 420, our population can more than triple on race day with 538 racers (2018) for a marathon, half marathon 10k or 5k. Unlike runs in larger towns, our racers have a HUGE impact on our economy and everyone who lives here is very excited to have them. 100% of the proceeds go back into the town. It is a total fundraiser and since 2011 the M2M has contributed $106,000 back into the community organizations which include the Marathon Volunteer Fire Dpt., Marathon Parent Teacher Organization, Marathon Public Library, Marathon Baptist Church, Marathon ISD, the Marathon Clinic as well as dollars into our local businesses. It is a heartfelt race of appreciation.

It is a big leap from when informal marathoners would run along the hill, winding southern trek of U.S. 385 from Spring Creek Ranch north into town. The M2M was formally started in 2003 by Susan Combs, (Texas Agriculture Commissioner, Texas Comptroller and local ranch owner) and Paul Carozza (Runtex) who moved the race to U.S. 90 with contestants running east from the outskirts of Alpine into Marathon.

The M2M was directed by Marsha Roberts until 2011 when Marci Roberts (no relation), owner of The French Co. Grocer, took it over upon Marsha's retirement. Marci had a vision to have M2M bring outside dollars into the town and feed it directly into the organizations here that struggle with fundraisers, having one big event that everyone came together for. All of the organizations volunteer in some way. It also provides an incubator for future local leaders as they are given responsibilities and present their M2M provided donation check to the organization board of their choice. The hope is to instill the spirit of giving to your community. While local businesses do well, M2M inspires businesses to dedicate this one day to our local organizations.

The race was moved to the more scenic Highway 385 course which is a faster course with less highway traffic. This course is certified and sanctioned by USATF and is a Boston Marathon qualifier.

It seems fitting that Marathon, established in 1882 and given its name by seafaring Capt. Albion Shepard, who said the desert area surrounded by mountains reminded him of Marathon in Greece, continues to host an annual event recalling that famous run from the village of Marathon northeast of Athens to notify the city that a Persian army had been defeated there in 490 BC.